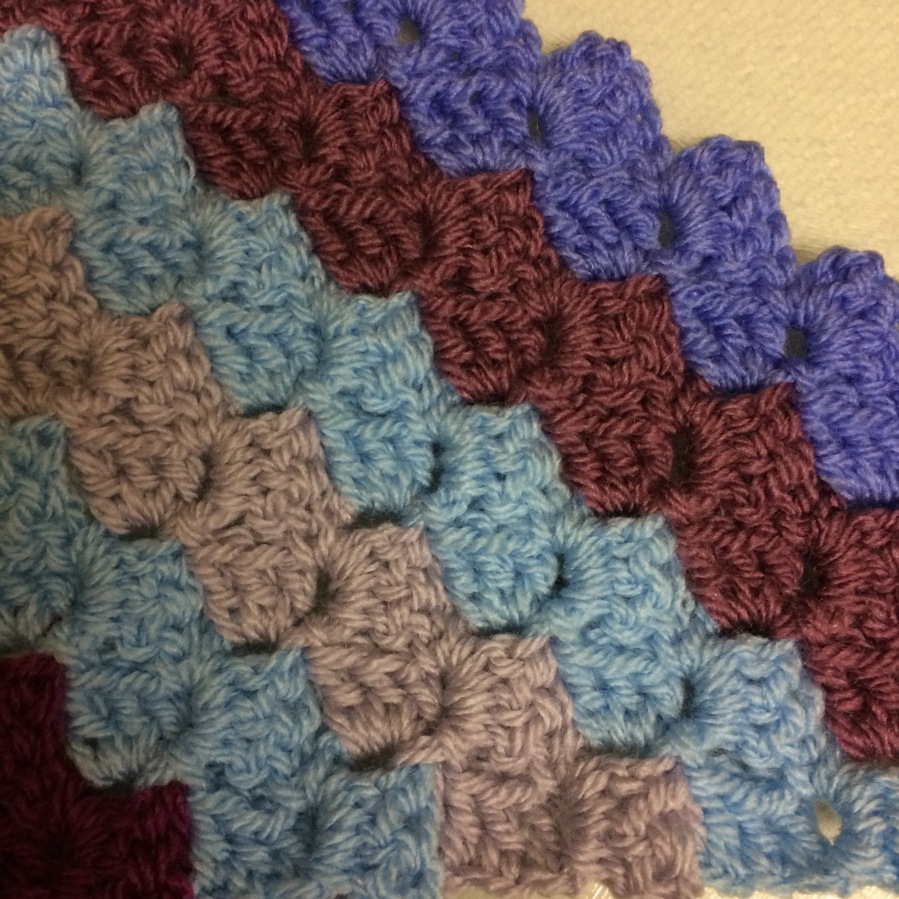 I have another blanket on the hook. It’s an ’emergency’ response to a late request. I only started it yesterday, and hope I can get it finished by Christmas. I’m not sure how much time I will have so we’ll wait and see. It needs to be finished by the end of the first week on January…… I’d better get hooking

Watch this space for progress updates.

In my last post I was thinking about a temperature blanket. Well, I’ve made up my mind – and here is the plan.

The more I thought about a large blanket that would take a year to complete, the less I wanted to make one!

However….. there was another idea that had been festering – and as a result I’ve already made a start!!

I’ve decided to make FOUR blankets! Each one will reflect the temperatures of the SEASON! I feel that these will give me a much better idea of the actual year, and will be more fun to complete (always presuming I finish them, that is).

So, here’s the plan

Obligingly we had a very cold spell – which has resulted in colours I wouldn’t have expected quite yet. My list of colours might  change as I consider the forthcoming seasons, but ‘Winter’ is now set in stone – and will be revealed little by little as I might have to nip out and buy a ball or two of extra colours 😉

Anyone fancy doing something similar? Let me know if you do.